A secretive Harry Potter: Wizards Unite event will take place on June 18, 2019 at The Wizarding World of Harry Potter, Universal Studios Hollywood. WB Games and Niantic have invited a number of WUTubers to an exclusive event where they can experience the game and (presumably) talk and discuss with Niantic and WB employees and developers.

By the looks of it, the majority of confirmed invitees includes WUtubers like XpectoGO, PokeFodder, WizardPhD, SlytherWin, The Potter Collector, Mindy Minx and more. We’re scrambling to confirm who got an invitation and who didn’t, so if you know something hop on to our Discord and spill the tea with us.

The event invitations were distributed via email, from a “HPWU Event RSVP” sender:

Currently, there’s very little information about the event. We’re hoping to get some ears and eyes in there and write a report after the event.

The event venue is located inside the Universal Studios Hollywood theme park, in the San Fernando Valley near Los Angeles. The park itself is huge, with multiple different attractions covering most of Universal Studio properties: from Simpsons and Minions to Waterworld and The Walking Dead, there’s really a lot going on here.

Our readers are probably interested in The Wizarding World of Harry Potter area of the park, which I’ve personally visited and enjoyed back in 2017.

“Harry Potter and the Forbidden Journey” is a ridiculously good dark ride that takes you through Hogwarts for a really amazing indoors experience. The queues can be pretty long, but it is one of the reasons why people go to The Wizarding World. It’s fast, it’s exciting and it’s quite an experience – worth every penny! 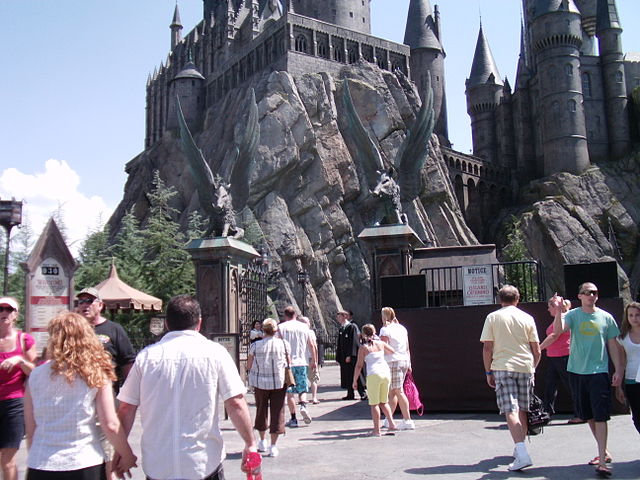 “Flight of the Hippogriff”, a relatively slow rollercoaster for juniors, takes you up and down through a “forest looking” area decorated with Hippogriffs. It’s a fun ride, but nothing mind blowing. 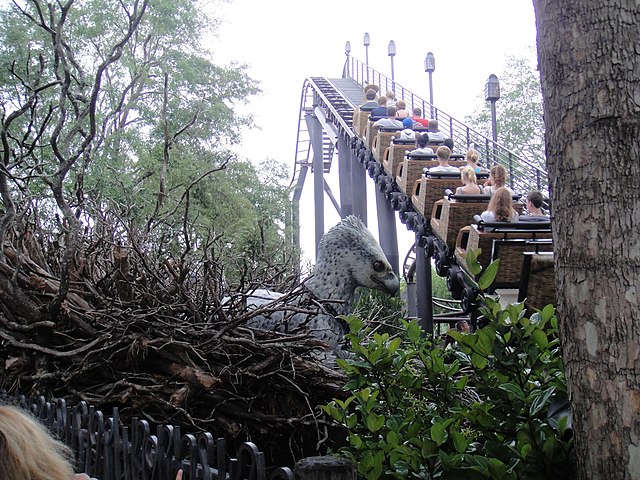 Other attractions include themed shops and shows: Frog Choir features Hogwarts students and their singing frogs and Triwizard Spirit Rally features folks doing tricks with sticks. Ollivander’s is the name of the main wand shop and it has a huge selection of wand replicas. There’s a few other shops as well:

A picture of the Three Broomsticks restaurant is also the cover image of this article:

Wizards Unite Hub is on Patreon!